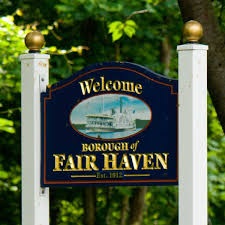 Fair Haven is a wealthy borough in Monmouth County, New Jersey, along the Navesink River and is part of the New York Metropolitan Area. Fair Haven is located on the Rumson peninsula and is bordered by Red Bank and Little Silver to the west.

Fair Haven has an annual Fireman's Fair during the last weekend of summer including Labor Day weekend which attracts a couple of thousand people, including noted musicians, Bruce Springsteen and Bon Jovi. The Fair Haven Fireman's Fair also has a Fireman's night and invites all firefighters from any other firehouse to come and join in the festivities.

Find a Home in Fair Haven

See All Neighborhoods
Updated Aug 10, 2020 5:56:pm
Listing information provided by Monmouth Ocean Regional MLS. The information being provided is for consumer's personal, non-commercial use and may not be used for any purpose other than to identify prospective properties consumers may be interested in purchasing.